Genius Minds Films made history today going up against giant blockbuster big budget movies. “I Got The Hook Up 2” is the number one urban comedy in America and top ten on iTunes and Amazon, proving that African American and Latino movies are in demand. Master P “I Got The Hook Up 2” theatrical per
screen outperforms “Crawl” at $3787 and “Stuber” at $2697 per screen while “I Got The Hook Up 2” limited release at $4028 per screen. Master P says, “God is good. We have to keep dreaming big. It’s all about ownership and controlling the content that we create so that we can make a real difference
and put money back into our communities. This opens the doors for the next generation of African American and Latino independent filmmakers. We also need diversity in Hollywood, not just on the big screen but in ownership. “I Got The Hook Up 2″ is not just a movie, it’s a movement. We could not have
done this without the fans.” 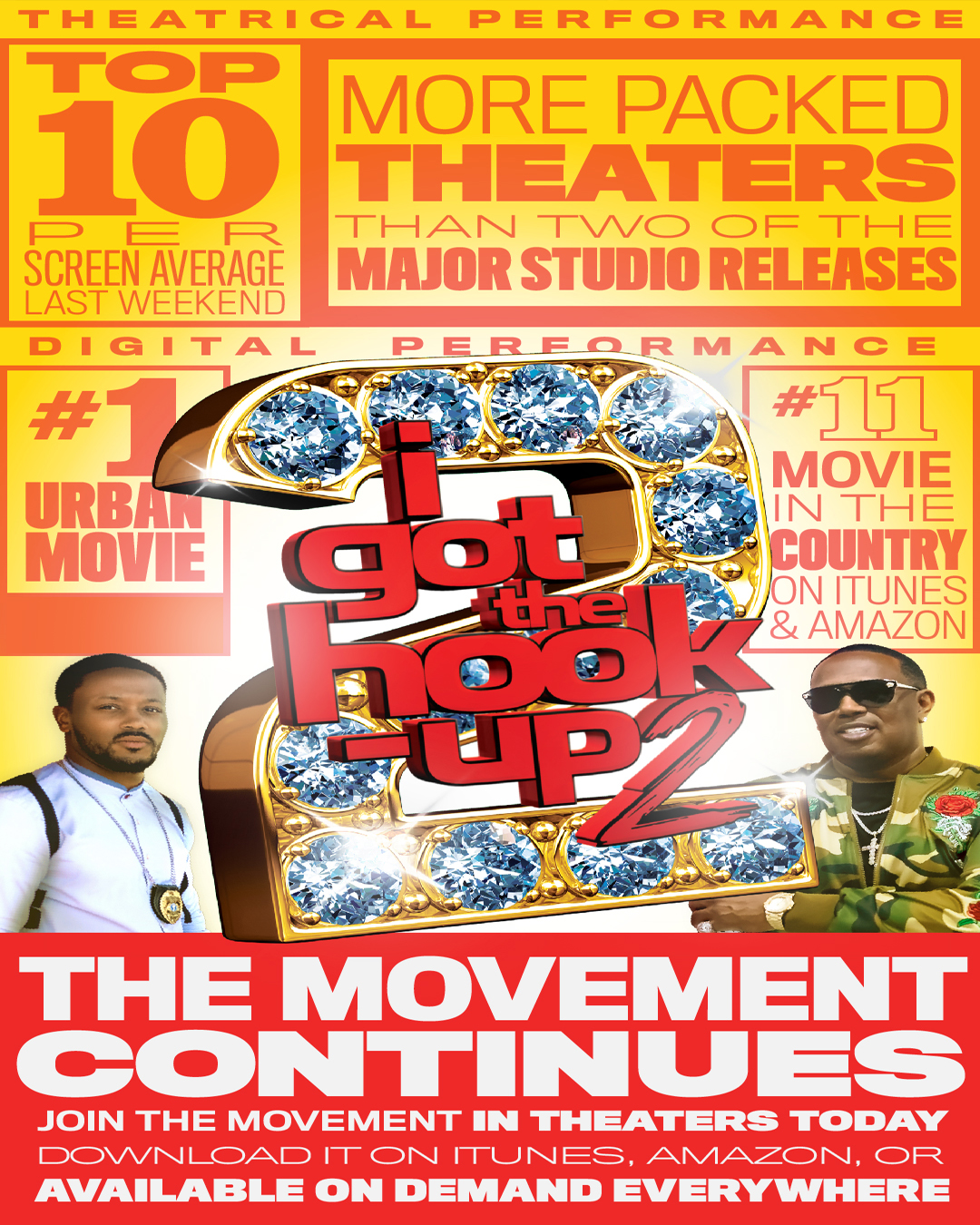