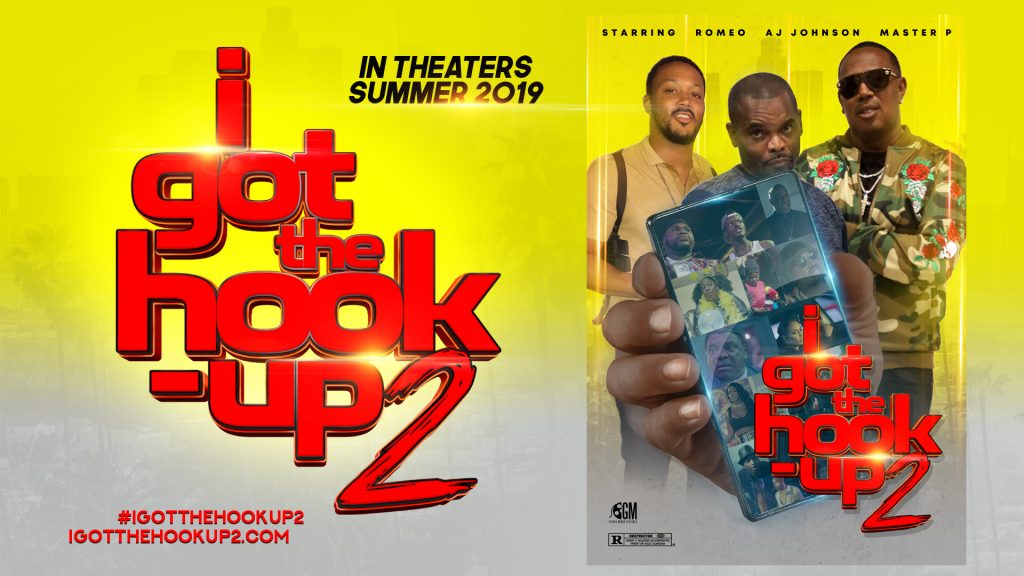 Black and Blue are street hustlers that own a restaurant and credit repair business. Black repairs the credit while Blue runs the restaurant with their Uncle Willy. Blue is dealing with embarrassing medical issues, erectile dysfunction to be exact. As he goes on a mission to find healing remedies
from psychics to self-proclaimed doctors, they are forced back to their old street hustling ways when their neighborhood is overtaken by gentrification. They failed their inspection and are fighting to keep their restaurant from being shut down. At the same time, the feds are investigating a robbery in their neighborhood where the criminals get away with 300k worth of Infinity phones, they believe that the Columbian Cartel are using a cell phone store as a front to smuggle illegal phones and drugs.

Black’s son, Cashmere, is a college-student, a tech genius developing phone apps and computer programs with his colleague, Trish, she is equally tech savvy and exotically gorgeous. Cashmere invents a new world changing technology called Li-fi. Black has a nephew who is in the police force, Officer
Johnny, who helped him get out of jail. Johnny’s biggest problem is looking for love while Black has to answer to his obsessed parole officer, Jackpot, who dresses and acts like a pimp.

Blue has three kids: a five-year old son, a nine-year old daughter (which he highly doubts are his), a twenty-three year-old son, Fatboy, who lives with him. Fatboy is hilariously funny, lives on social media and is a pothead, his partner-in-crime is Spider, a twenty-four year old wild risk taker
who loves sex pills and bud. Spider lives with his mother who likes to smoke and sell legal marijuana and with his cousin, TJ, the pimp. Fatboy’s little friend, Big Sean, may be 4-feet tall but is ruthless and dangerous. Word on the street is that he and his Columbian girlfriends like to pull off
heists.

Blue doesn’t have a good relationship with his kids and their mother is on a mission to make him spend time with his kids by dropping them off and disappearing. But Blue has bigger problems than that when the local thug gets out of jail shows up at Big Poppa’s restaurant and demands a refund for
some credit repair.

Black has a girlfriend that works for a corporate phone company in which he takes back to the streets to get the hook up. Black’s son convinced him to clone the new Infinity phone and go into business for himself. As Black starts down that road he has a run-in with the Columbians that think Black stole their property. Fatboy and Spider befriends the Columbian King Pin’s nephew, Kokaine, the rapper and decided to go into business for themselves by taking a couple boxes from the Columbians’ cell phone store. Unbeknownst to them, the boxes were not only packed with Infinity cell phones but included over 100k in molly, which they take to sell to some essays and end up getting robbed by Big Cookie and his uncle, T-Lay. Black’s nephew, Officer Johnny, finds himself in a bind between protecting his family and upholding the law.